On the 1 st of April 1995 at about 2pm ish on Grafton Street Tina Segner and Ken Fanning met and juggled with each other for the first time. That was how Tumble Circus started and it is now an international award winning circus company based in Belfast. The company has toured extensively throughout Ireland, Europe and the world and is run from caravans, hotel rooms and a Ford Transit van.

Tumble Circus is Ireland’s only non-traditional Big Top touring circus. We want to smash what you think Irish circus can be, we are pioneers and trailblazers in the evolution of Irish Circus.

When we were both in our early 20’s in the mid 1990’s we stumbled upon an exciting secret world of circus. A world that did not adhere to the normal rules, it was full of diverse wild, crazy people doing extraordinary things and it has never stopped being exciting. It was a world of street performers, acrobats, jugglers, clowns and aerialists, touring Europe and the world, appearing at art, music and street theatre festivals. The type of circus they did was not traditional circus, it was an alternative kind of circus. It was a new type of circus that reached out to other art forms, they shared their skills and use circus as not just entertainment, but as a force of radical change in the world.

After a few years of busking and street performing we both went to circus school in Bristol. We immersed  ourselves fully into the imaginative world of circus, and began to see and understand the full potential of the art form. Inspired by the circus shows that we have seen and the companies we have toured with we began to dream of our circus. When we returned to Ireland there was no circus we wanted to run away with so we made our own.

We have performed at arts and street festivals around Ireland and Europe. We have headlined Glastonbury Festival’s Circus Big Top. Played at Edinburgh Fringe, Perth Fringe World and  Adelaide Fringe Festival. We been seen in Norway, Iceland, Canada, Australia and many other countries. We have toured our big top shows all over Ireland. Our Winter Circus season in Belfast has become a yearly fixture and sell out. Our unique circus films are watched by thousands worldwide.We have won awards for our circus shows, films, and directing.

Forget what you think Irish circus is, and give you and your family one hammer smashing, experience of revolutionary Circus. 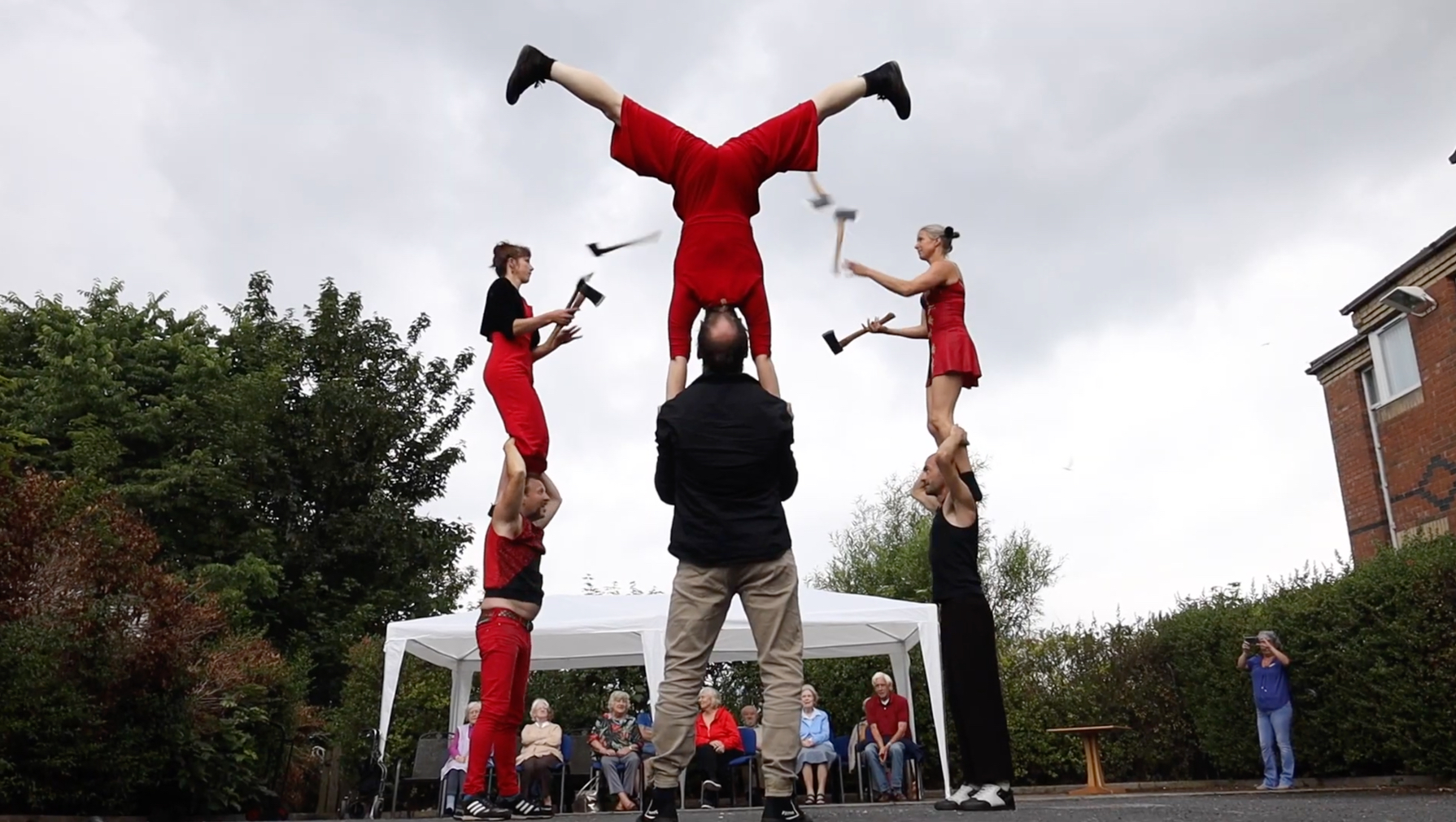 What audiences have said:

“Turning the circus tradition upside down”

“Especially notable for its extraordinary inventiveness and breathtaking beauty”

“If you don’t leave loving this show, you might not have a heart. Extraordinary.”